The Reds have been linked with many midfield options in recent months to now replace Paris Saint-Germain ace Gini Wijnaldum.

A report from the Italian Calciomercato store, cited by Liverpool FC News on Twitter claimed Liverpool were among “several teams” passionate about the Croatian.

The report says the 68-cap ace’s “priority” is to sign a contract renewal at Inter, although salary demands have yet to be met.

This season, the defensive midfielder has provided an assist in 10 appearances across all competitions – earning a 7.20 Sofascore rating from eight Serie A outings in the process.

Valued at £ 36million and in the last eight months of a contract in Italy (Transfermarkt), signing a Brozovic-quality player for nothing would be a golden ticket for the Reds.

Still a top player at the elite level, the combative Croatian would offer solid support alongside Fabinho in the Liverpool midfielder.

Hailed as one of the “three best midfielders in the world” by Dinamo Zagreb coach Nenad Bjelica, landing Brozovic for free or at a discount in January would be an incredible blow. 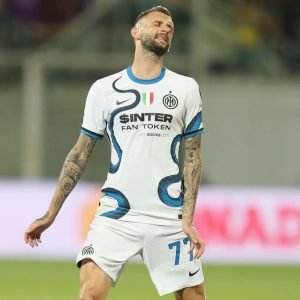