Liverpool are on a roll right now and hope to continue this Saturday against Brighton. Since the last international break, the Reds are 4-0-0, winning their two league games 5-0 and registering three shutouts.

Saturday will be a tough test against a strong Brighton side, who are battling for European places throughout the first quarter of the season. (For LFC Starting XI prediction go here, for our weekly Premier League pod go here) Jurgen Klopp’s news from his injury press conference was mixed.

The good news is that Naby Keita appears to have avoided a serious injury during Sunday’s Paul Pogba red card challenge. Keita left the field on a stretcher but is back in training and is expected to be available on Saturday.

Thiago is also back in training, which is a good sign. He won’t be quite ready for Saturday, but it looks like his return is imminent.

The news is not so good for Fabinho, who suffered a knee blow against Atletico. Liverpool have been coy about his injury, but he is not in training.

James Milner suffered a hamstring injury and is expected to miss a few weeks. Harvey Elliott is in long-term rehab with an ankle injury.

The road warriors are coming home

Saturday’s game at Anfield will be the Reds’ first home game in four weeks.

Liverpool last played at home against City on October 3 and then went straight to the international break.

Once the game resumed, their next four matches were on the road. Liverpool have been very successful on the road this season, scoring at least three goals in all but one road game. 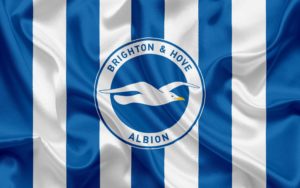 The only incident was Wednesday against Preston, when they scored two runs in a roster filled with non-regulars. Liverpool hope that this form can continue in front of a full house at Anfield.

From country boy to football king: How ...